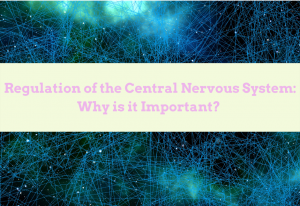 Have you ever driven a sport’s car?  If you have then you know the exhilaration of pushing the car beyond normal speed limits, feeling it respond.   Also, you have noted how supple that car is when needing to break.  However, in that experiment have you paid attention to your heart rate and the effect of driving a race car on your nervous system?  Maybe you have, maybe you have not…  Maybe you don’t need to drive a race car to understand that phenomenon.  Maybe you can just imagine driving one!

Well, if you paid attention, you would know that your heartbeat accelerates beyond a certain level through the simple fact of accelerating fast.  There is an edge of excitement because of the mastery demanded to drive a faster car.  Your body registers when you accelerate rapidly and when you decelerate rapidly.  The reason your body is sensitive to speed is of the potential dangers that come with driving fast.  At lower speeds, your heart rate stays more within manageable levels and rates due to the different neurochemicals that govern lower speeds and lower heart rates.   The central nervous system (CNS) “likes” a certain window of tolerance that protects the heart from speed hikes and it works comfortably in a nice middle ground between acceleration and deceleration.

The window of tolerance which is the preferrable bandwidth that the CNS likes to operate in akin to driving a Prius.  A Prius, you say!  Yes, a Prius, a car that unlike a race car does not expand energy rapidly when you push on the accelerator (the accelerator pedal being akin to the sympathetic part of the nervous system) nor does it expand a lot of energy when you push on the decelerator pedal (the brake pedal being the parasympathetic part of the nervous system that puts on the breaks and allows you to go to sleep at night). There is a perfect balance between how much energy is expanded on a Prius, not too fast and not too slow, and a perfect counterbalance on how much energy is decelerating, like a wave pattern with the top of the wave cresting at a certain time in equal measure with the wave pattern crashing in the window of tolerance.