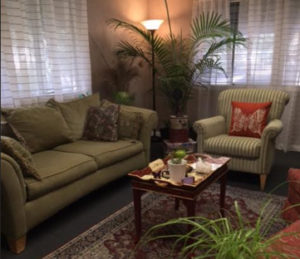 Aaah, the promise of a new beginning!!! It both excites us and unnerves us all at the same time, whether it is a new house, a new office, a new relationship, a new baby… It is part of the paradox of being human that we both seek it and worry about it.

I just recently moved my office, an event benign enough and yet when it became reality , it started to unnerve me in a way that I was not prepared for. So I started to reflect on how many times circumstances had forced moves on me both as a child and as an adult. Children draw great comfort from the habitual…  What is predictable makes a child feel secure. And yet, therein lies the paradox. Too much of the predictable and the ability to adapt to change easily and effortlessly is atrophied. On the other hand, a move without preparation can be jarring for a child. I remember how much grief my 4 year old went through when we moved from California to New York. He was born in California.  I did not think it possible for such a young child to be so affected by a move. So I prepared the move carefully, I gave him plenty of time to get used to the idea, to the process and to the inevitable grief of leaving his room, his school, and his friends. For months after the move to New York, my son drew pictures of his pool and his school and his friends. His heart ached for the familiar and he missed all of it so sorely.  So I decided to help him with the ache and to revisit the familiar again. After Christmas, we all visited his friends, his old house and his old school again. And he felt the comfort of the familiar once again and his heart was content that his friends had not forgotten him. He then moved onto connect anew with his new school and make new friends. The heart is a mysterious force in our lives and it rules over our experiences ruthlessly until we satisfy its irrational demands.

So the new beckons with its unknown, unexplored territory. Soon enough, if we allow the heart to grieve the loss of the familiar, the heart adapts effortlessly… I now love my new surroundings. As soon as I allowed my heart to guide me to what felt right, it all fell into place!