“Imagination is more important than knowledge.  Knowledge is limited while imagination embraces the entire world… “ Albert 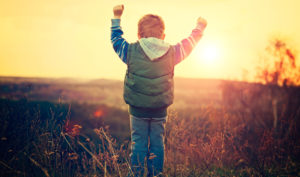 In his New York Times bestseller book, “Love, Medicine and Miracles”, Bernie Siegel, M.D., wrote about a young patient of his that had a brain tumor.  This brilliant physician taught the boy to harness tools in his healing process.  Believing that he could teach the boy to be an agent in his own healing, Dr. Siegel taught him to use his imagination to do the healing work.  He taught him to draw images, to pay attention to his feelings when he drew the pictures or when he imagined his brain healing.  So the boy drew imaginary airplanes bombing the tumor cells.  The boy also vividly “rehearsed” this imaginary scenario every day for a period of time.

The outcome?  It worked like magic for this boy.  In the space of several months, the tumors shrank.  It was a total miracle!  The boy tapped into the power of imagination repeatedly.  He did not need convincing since being a child he “knew” that it worked, he had not yet been contaminated by rational beliefs to the contrary.  Decades later, science has caught up with Dr. Siegel and offers the knowledge that mental tools effect physical changes in the body through the release of endorphins and neuropeptides in the central nervous system.

That power while stronger in children, is still very much at the center of our adult capacity.  When rekindled in our own emotional healing process, it brings about real change.  I have learned to hone that marvelous capacity in the midst of a session regardless of the problem at hand.  It never ceases to amaze me how an invitation to open the attention to images, feelings and sensations frees the heart and the mind to solve emotional blocks.  The benefits are always undeniable…  the heart slows down, adrenaline stops pumping and muscles relax.  Peace and presence replace agitation and restlessness.

So let’s indulge and become like a child again, let’s allow our imagination to guide us effortlessly to better health!