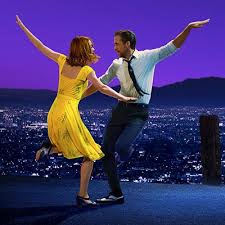 Engracia Gill; January 2017  I was watching a romantic comedy, “Blind Date” on Netflix this last weekend.  The movie happens to actually be a French movie.  The story, of course, applied the classic formula of “boy meets girl, boy/girl breaks up with boy/girl and boy/girl make up and are happily together forever more”.  This movie was pathetically predictable even though it had a 5 stars rating.  However, it got me thinking about how Hollywood and movies perpetuate the dance of False Intimacy that plague so many couples and families.

In my practice, I refer to the dance of False Intimacy as a dance that resembles the game of musical chairs.  And yes, whether we like it or not, it is an unconscious game learned in our dysfunctional families.  There are three roles that are played in the game.  One the role of perpetrator and that role has the behavioral characteristics of someone who offends others, takes control and has a problem of over-entitlement.  This role allows a person to control others directly without remorse.  The next role is the role of victim/martyr and that role has the behavioral characteristics of someone who plays the “poor me” tapes, who assumes a disempowered role inside the self and with others.  This role allows a person to control others passively.  And the last but not least role is the role of the rescuer.  A rescuer role is assumed by someone who believes they can “save” others.   In that role, the rescuer gets rewards for focusing on others and appearing “so helpful’ and so “wonderful” because they always think of others.  The important part of the False Intimacy dance is that these roles are not exclusive.  In other words, one person in the victim role can switch on a dime if the interaction with a loved one, child or partner, is not moving that the victim’s favor and that person will switch into the role of a perpetrator or a rescuer. And round and round goes the communication in a circle that never settles into an exchange of true intimacy.

This dance was termed the “Dance of Death” by Stephen Karpman.   His work points out the dynamics of difficult family and partner relationships and how we become caught up in them.

The Karpman Triangle, described by Stephen Karpman and elaborated by many others, is a very useful tool for understanding “stuck” relationship dynamics.  In these stuck dances, we often find ourselves playing out scripts. These roles feel safe, as they are familiar, we just slip into them because of their familiarity and comfort.  But they are very limiting and entrapping.

Hollywood perpetuates the notion that is a true form of communication between people.  This dance only mimics a sense of connectedness.  However, it is a dance based on the exchange of power, not vulnerability and true understanding.  Therefore, true intimacy where one person opens up to vulnerable experiences, thoughts or feelings never actually develops.  The sad part of this False Intimacy Dance is how deeply it gets ingrained in a person’s psyche and how it continues to perpetuate in dysfunctional families in even when children become adult.  Learn to avoid the pitfalls of those scripts and role.  Stop taking your own steps in the dance.  The rewards for such awareness are well worth the battle, the rewards are dances of true intimacy  between lovers and within the bosom of families.